I had just finished a set at Flatline, Ortaköy, when a remarkably efficient-looking man came up to me and said the immortal words: “I’ll give you 200 million for your band to play at the Camel Rock Festival.” I remember that I answered, “I’ll need to ask the band.” They said, “YES.” Wikipedia says that in 1995, one US dollar was worth 45000 Turkish Lira. 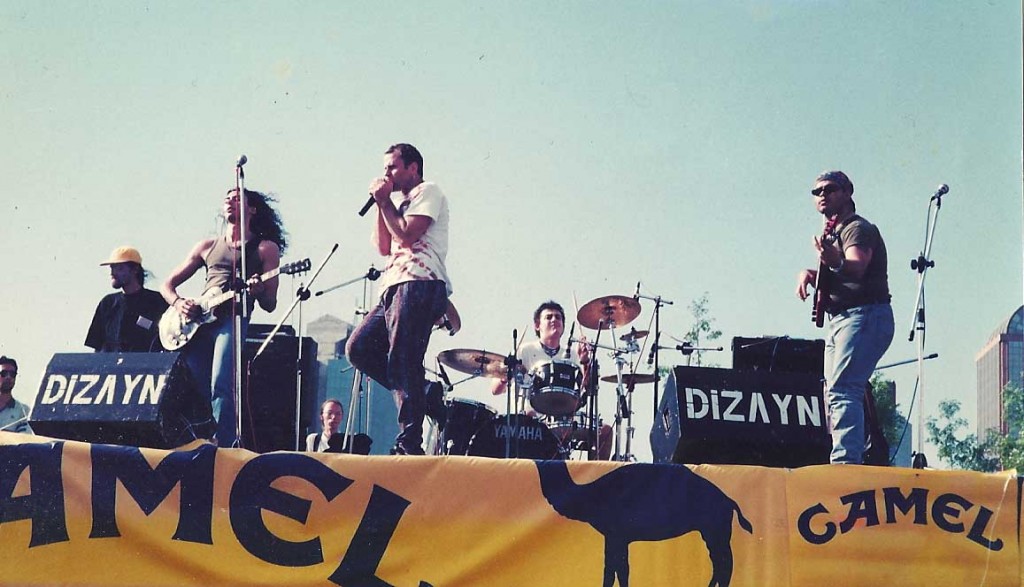 This was our set at Istanbul Teknik Üniversitesi. The Mövenpick (now Princess) Hotel Hotel was, at the time, the only tall building in Maslak. Others were being built.

This was Turkey in 1995 when the Lira wasn’t particularly strong. Apparently, the Guinness Book of Records rated the Turkish Lira as the world’s least valuable currency in 1995. When I arrived in Turkey in 1990, the 50000 Lira note had just been issued. By the time I left in 2000, there was a 10000000 Lira note. This was addressed in 2005 by the expedient of not printing six of the zeroes.