For an article on the Armenian churches of south-east Kars, click here [1].

Kars contains the ancient Armenian capital of Ani. This has been a region of repeated invasion and friction between different peoples. The events of the early twentieth century overshadow the more recent history of this area. Attempts to impose the emotive term genocide, and the equally fervent repudiations of the use of the word have allowed discussion of the issue to descend into an acrimonious squabble over semantics. 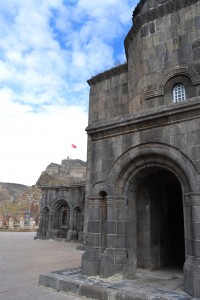 The 10th Century Armenian Church of the Holy Apostles near Kars Citadel.

The ancient Ani was subject to a Byzantine aggression that could also be referred to as genocide. This is not a new concept. In order to visit the ruins in 1992, one had to buy a ticket first from Kars Müzesi. This contained a section labelled Genocide Museum. In this region, it is not in anyone’s interest to present a balanced view of the overall picture. Here, it may be enough to say that groups involved in conflict in the early twentieth century followed examples set throughout history, obeying the reported word of the Lord set out in Ezekiel 9:6: Slay utterly old and young, both maids and little children, and women…

The Kars museum had a few accounts of Armenian aggression against Turks. This is like a school bully abusing a small boy for years then running crying to a teacher when the small boy manages to land a blow on him. The Genocide Museum in Yerevan tells a different story. 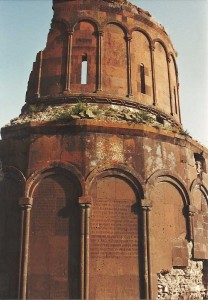 Ani: The Church of the Holy Redeemer 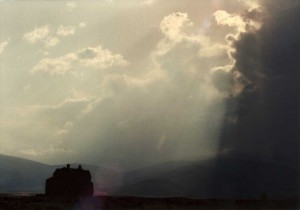 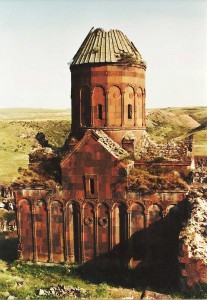 Ani: The Church of Saint Gregory of Tigran Honents 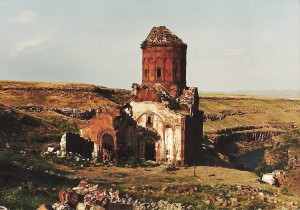 Church of Saint Gregory of Tigran Honents. The river to the right forms the border between Turkey and Armenia. 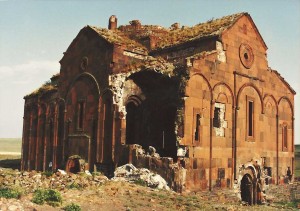 The immense Cathedral of Ani 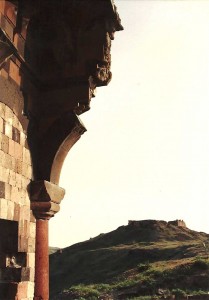 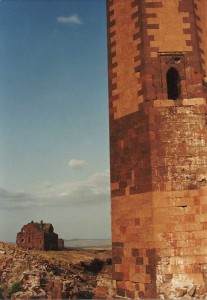 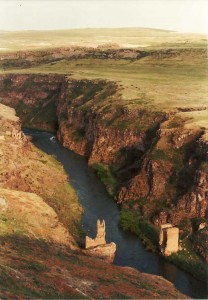 The symbolic ruined bridge between Armenia and Turkey 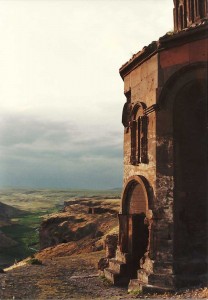 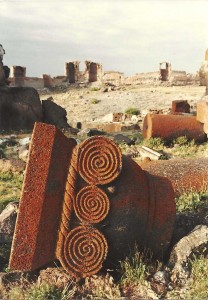 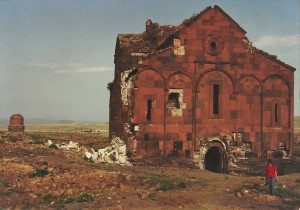 Cathedral and Church of the Holy Redeemer