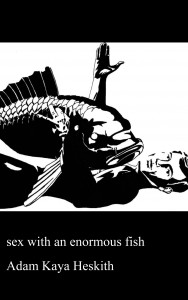 “Krechter!” Ulyanov loomed at the end of the corridor. “Krechter, it’s all your fault.” Nic froze as Ulyanov strode towards him behind the barrel of an accusing finger. “You’ll have to answer for this.” The finger came to a halt before Nic’s nose. “Tell me what you’re going to do about it.” He sat down in front of Nic’s desk and waited. “Well?”

Nic had no idea what to say. “What’s my fault?”

Improbably, Ulyanov grinned. “You’ve got to lose this naivety, Krechter.” He threw back his head and roared, “Coffee!” He looked at Nic again. “The Press has identified you. You’ve been seen to be in charge. You’ve had your photo in the paper directing things. Did you see anyone else taking responsibility?”

“No.” Nic remembered his frustration when he had tried to find people to do something. “I had the impression that everyone was hiding.”

There was a knock at the door and a moustached face peered in. “Two!” boomed Ulyanov. The face disappeared. “Of course they were hiding.” Ulyanov made eloquent movements of his arms and shoulders. “If you don’t hide, people see you.”

“It’s up to you now,” said Ulyanov, shaking his great head. “It’s a disaster but you might have made a brilliant career move. What made you throw yourself to the sharks like that?” He chuckled in a half-admiring way.

“Sharks? As soon as the earthquake struck, I came into the Ministry. No-one was here so…”

“…so you just took charge.” Ulyanov frowned. “We’ll have to smooth out your story a bit. Don’t blame anyone directly. Make it sound like a decisive course of action. Have you given any thought to your press conference?”

The door opened. The moustached man brought in two cups of coffee. “Get Wolker!” Ulyanov ordered. The man nodded and retreated.

“You’ve got two choices,” Ulyanov explained. “You can say it’s not your fault. The Press has already said it is. Or you can admit that it is your fault and take charge completely. It’s brilliant if you can do it. If you get the Press on your side, you eliminate all your competition.” Ulyanov blew on his coffee. “What did you do to the Patrons? How long have you been planning this?”

“The Patrons are on courses.” Nic quoted from a statement he had prepared in case anyone came asking questions about them. “They are working towards aligning their skills with the approaches demanded by the application of information technology.”

Ulyanov snorted. “You have powerful allies, Krechter. Just remember that everyone has friends in unseen places. What you see on the surface of the System only masks the sharks. As you become more powerful, everyone else’s defence systems start concentrating on you. But your timing’s good, I can’t deny that.”

“Timing? After the earthquake, somebody had to do something. If it wasn’t me…”

“It would have been nobody. That’s why this could be a move of genius.” Ulyanov took a sip of coffee. “Or it could be your grand suicide gesture. It all depends on this statement you’re about to make.”

“Mr. Ulyanov,” Nic began. “Do you have any idea what has happened to my girlfriend? And my secretary.” He stared at Ulyanov.

Ulyanov looked away. “Remarkable, the quality of coffee you can get in the middle of an earthquake zone.” He raised his eyes to the ceiling. “Any structural damage to this building? You’ll need to get it checked. You can’t take care of everyone else without making sure you’re in no danger yourself.”

Nic’s thoughts were sucked beneath the surface of Ulyanov’s layers of meaning. He tried to think of something to say that would yield some kind of answer to his question. A small knock announced Wolker’s entrance. He began assembling his customary mound of equipment.

“Now, Krechter. Have you thought about what to say?”

“Good.” Ulyanov’s expression was fondly indulgent. “You’ll be mouthing your usual generalities, then. That’s probably best in a situation like this. Just remember, if this really is your break for power you’ll need to be forceful. The citizens are wondering where the leadership is. Be it, Krechter.”

“What should I say?”

“That’s up to you.” Wolker arranged a microphone on Nic’s lapel. “At least you’re dressed for it. Nothing triggers panic more than some startled official in pyjamas standing in a spotlight.”

“We’re ready,” said Wolker from behind the camera.

“Should I go into specifics?” Nic flapped helplessly.

“What does it matter? Just sound as if you have a plan.”

“Good morning,” said Nic in a voice deep and authoritative enough to convince him that he could be convincing. “This is a time of great sadness. A disaster such as this is a terrible thing. But we must treat it as a test. When we have passed this test, the System will be ready for new challenges. Our position as the greatest nation can only be strengthened by the experiences that we use to transcend this temporary affliction. We are already finding our way along this arduous and ultimately successful road. We will emerge strong and ready for the future.”

Nic saw Ulyanov giving him a thumbs-up signal, then lean back for more coffee. “This is the time for strong and decisive leadership. The people normally thought to be in charge were absent when leadership was most needed. I must take the blame for this. I wholeheartedly apologise for the outrageous cowardice of your leaders.” Nic heard a spluttering sound. Ulyanov was wiping coffee from his suit jacket. He braced himself for Ulyanov’s blustering interjection. Nothing happened. Nic continued.

“I am now in charge. I am pleased to inform you that medical and transport services are returning to normal. People are in trouble, but we are targeting the worst-hit areas and will deal with all situations according to our master plan. Those citizens who need help most are receiving it as you hear me.”

Nic continued for no more than five minutes. “So I ask you, citizens of our System, put your trust in me. I will guide you through this troubling period in our history into a new era of prosperity. Work together, citizens, for we have not yet seen how great we can be!”

Nic allowed his features to compose themselves into an image of solidity. Wolker waited a few moments then said, “That’s gone out”. Nic looked at Ulyanov. He was gazing at Nic with his mouth open.

“Do we have to do it again?” asked Nic. He remembered the impact of editing on his previous efforts.

“Congratulations, Krechter.” Ulyanov began. “That was the most superb piece of blame-taking I have ever witnessed. You are now the Leader.”

Nic recognised Ulyanov’s elaborate irony. “Thank you, sir. All my fault, just as you said.”

“Yes, but…” Ulyanov breathed hard. “I didn’t mean take the blame for everything. You almost claimed responsibility for the earthquake itself! You are now the official cause of everything that goes wrong. You know how slow the System is. There will be people without homes for years. That’s now your fault. There are people still buried under rubble. Who is to blame? You.” A broad smile spread across his face. “Thank you Krechter. I couldn’t have hoped for better.”

“If I was doing such an amazing job of self-destruction,” Nic reasoned, “why didn’t you stop me?”

“Why would I do that?” Ulyanov laughed. “I couldn’t anyway. That went out live to the System and beyond. You’re in charge now. The slate is wiped clean.”

Nic was familiar with this expression. He just did not understand why Ulyanov was using it now.

“They’ve all gone, Krechter.” Ulyanov continued. “All of those moustaches and black suits with chauffeurs and expensive tastes, they’ve disappeared. You can’t blame them now. You’ve taken responsibility. In fact, I can go now.”

“Yes!” Ulyanov leapt to his feet, sending the heavy office chair skidding backwards. “You have freed me.” He whirled around the desk and picked Nic up in a breath-taking bear hug. “Thank you!”

Ulyanov put him down. “I’ll be seeing you, then.” He was like a schoolboy suddenly released into the eternity of summer. “Speaking figuratively, of course.” He made for the door. “Be good to the System, Krechter. I’ve been fond of it.” He turned once more. “Wolker’s all yours now.” Nic heard Ulyanov whistling down the corridor. A door slammed and the sound disappeared.

Nic looked around the office. His eyes came to rest on Wolker, crouching in the middle of the office festooned with gadgets and wires. Wolker’s eyes raised themselves from the floor and met Nic’s for an instant.