This sounds like more fun than it was. I used to work in a girls’ school in England. There were a lot of charitable activities. In one of these, someone had the wonderful idea of bringing in someone to wax some of the teachers for charity. I think I volunteered to get my legs waxed but the comically hairy nature of my back was revealed by some of my ‘friends’ with whom I went swimming. Hence, one lunch time, there I was on the stage in the main hall, lying on what looked like a surgical bench, with an efficient woman tearing clumps of hair from my back. Not such a bad idea, I thought.

At this stage, a colleague thought we might be able to make a bit more money if students paid a pound for the privilege of tearing one of the strips off. Then followed an unending stream of girls queuing for the unique sensation of ripping hair off a male teacher and seeing him in pain. Things became worse when we ran out of back hair and shifted to the chest. I could probably have called a halt at this stage but the general air of excitement and continued calls of ‘We’re making so much money’ meant that the uproar would have been considerable.

The chest waxing really hurt. Each waxing strip looked like a dead squirrel when it came off and left a field of pinpricks on my chest. There was quite a bit of blood. The girls were fascinated. The look of schadenfreude when some of them ripped another patch of skin off me was frightening. The whole horrible thing was only halted by the bell at the end of lunch time. The waxing woman decided to end with a flourish and wax all of my chest except for a little hairy heart right in the centre. My wife did not find this in any way funny or stylish or romantic. 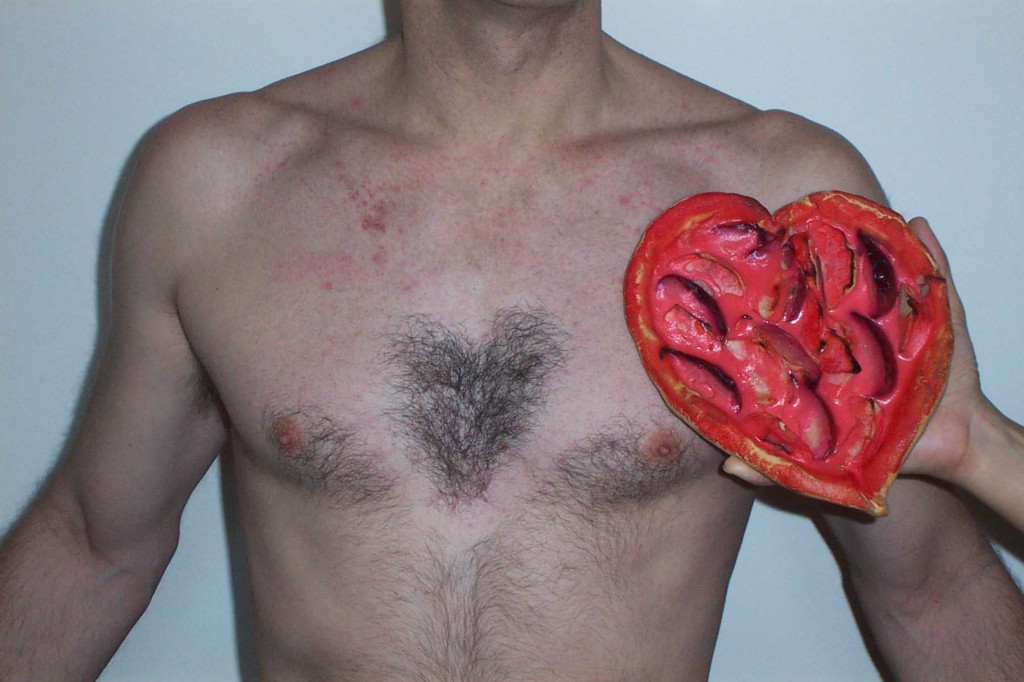 The Heart of Hair, complemented by a similarly Valentinic pastry