Not a car for Batman but a mobile made from bats.

The school at which I worked in outback South Australia had the only swimming pool for hundreds of kilometres. The local bats would skim over it at night and drink. Occasionally, some of them would misjudge their trajectory and I would find them floating when I got to school in the morning. Some of them were alive and my treatment of quiet darkness followed by mincemeat in raw egg would allow them to recover.

When I first found a dead bat, I thought it would be a waste not to use it. My embryonic taxidermic skills were not equal to the task of stuffing something that small. I arranged the bat in a vaguely lifelike posture and injected its body cavities with a formaldehyde (methanal) solution. After several courses of injection, I had a fairly permanent specimen. The best way to display it was by attaching a single thread so it could hang from the ceiling and give the impression of being in flight.

After I had a few of these, I had the idea of displaying them as a mobile, similar to those made by Alexander Calder [1]. I made a nicely balanced one with four or five bats. I don’t have a picture of it but I did once take one of the single hanging bats (A Lesser Long-eared Bat, Nyctophilus geoffroyi) into a country graveyard to take some pictures.

I made quite a lot of taxidermic specimens while I was at that school. On one occasion, I was preparing a Hoary-headed Grebe (Poliocephalus poliocephalus, one of the least pleasant scientific names I have read) with the formaldehyde injection method when the needle came off the syringe. I got an eyeful of formaldehyde, one of the most painful things that has ever happened to me. I thought it would permanently affect my vision but after an hour of lying down under a running water tap, I seemed to be OK.

I left that school with a ceiling full of stuffed flying things, including a really ugly Pied Cormorant (Phalocrocorax varius) that hung directly over where the teacher normally stood in the science laboratory. I imagine that the first thing that was done when I left that school was a cleanout of all my horrible specimens. 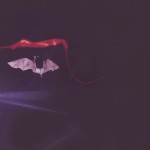 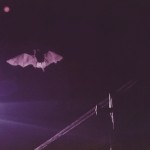 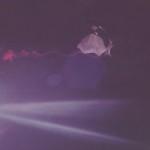 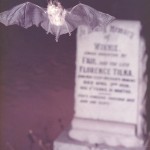