The dish consists of chunks of sole with peppers and other vegetables, all impaled on a şiş (as in shish kebab) skewer.

Dil means the fish called sole. It also means tongue, language or spit (as in saliva).

Şiş means the skewer. It also means swell, protuberance, bulge, wart or spit (as in rotisserie. This caused menu chaos in a restaurant in Antalya in the 1990s where they offered Sheep Spit, Hen Spit and Special Spit from Our Chef.)

I put Dil Şiş through some online translators.

From Google translator, I got Language Needle

From IM translator, I got Tongue Swelling

From Babylon, I got Language fog 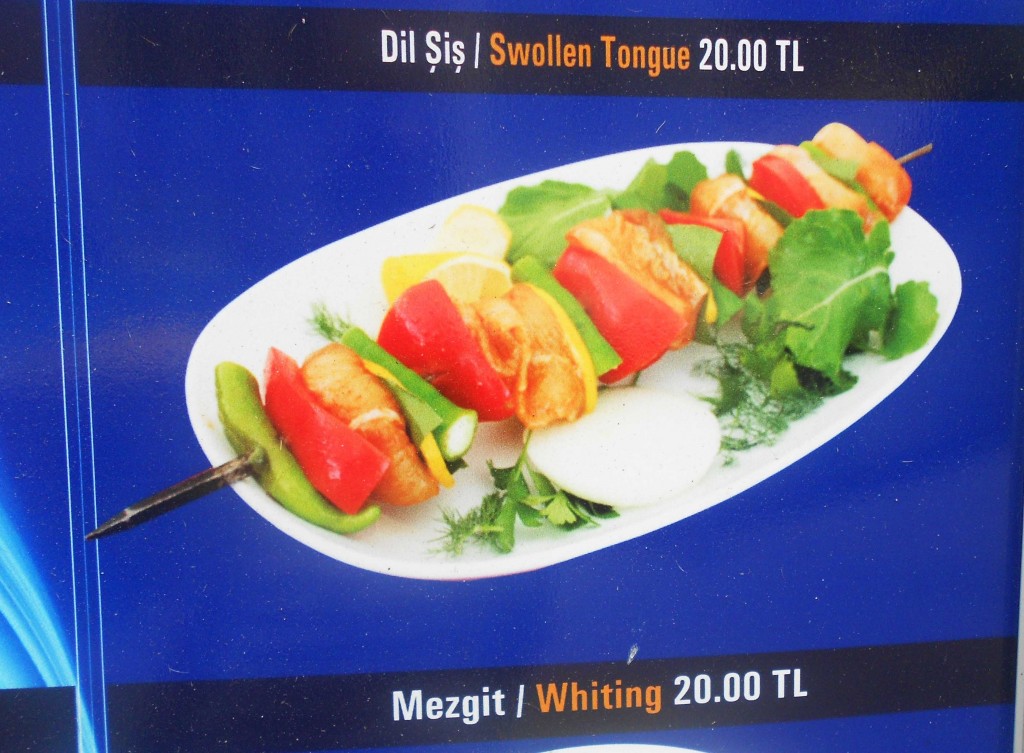